Another week has passed and more steps have been taken to get the situation under control. Lets start with the usual reactor status table  made out of NISA data:

Everything looks pretty stable except the wetwell dose rater in the number 2 reactor. It has increased to well over 100 Sv/hour from 37.1 in the last update I made (i wrongly wrote 0.371).  I haven't been able to follow the news so closely the last week so I have not seen if this has been mentioned in any TEPCO press release. Below is a graph of the increase. If anyone know of any action done on the number 2 reactor, starting the 3 or 4th of may please write a comment to this blog post.

A air filtration system has been connected to the reactor building of reactor number 1. The purpose of it is to get airflow through the building and clean out the air activity by filtrating the air. It is hoped that it will be enough to allow workers to enter the building and work safely without getting to much dose.

Kyodo reports that TEPCO plans to send in workers on monday in order to measure dose rates within the building. Seems strange that they would send in people when they have already used robots once for that purpose.

A longer video clip of the number 4 spent fuel pool can be seen over at Atomic Power Review. It doesn't appear to be very damaged.

The big news of the week is that the prime minister of Japan has asked Chubu electric to shut down its Hamaoka nuclear power plant. Hamaoka has 3 operational nuclear power plants, all of them quite new. Started at 1987, 1993 and 2004. The newest one is a ABWR and would presumably have state of the art eartquake protection. The reason for the prime ministers request is a estimate that the site  has a high probability to be hit by a 8.0 earthquake within 30 years. If the reactors indeed can not handle such a quake then the closure request is rational. But it does smell a bit like political posturing at this point. There is no legal precedence for such a situation and it is not clear if Chubu electric has to obey the request. 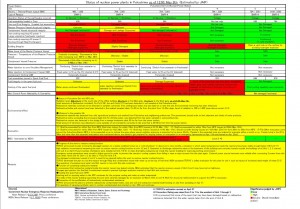 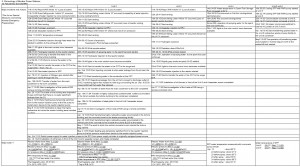 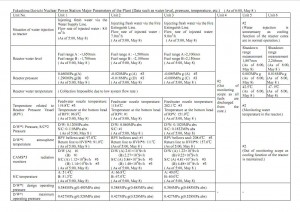 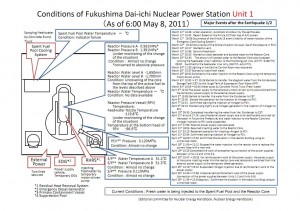 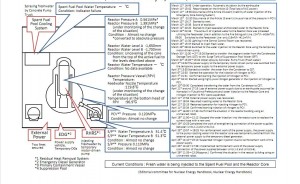 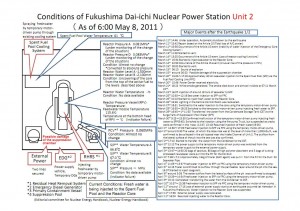 This is not so much an April Fools joke as it is a little riddle. It connects to a current event... and to things that happened in the last century. And of course it has something to do with nuclear power.

This is a comparison between two estimated values... what are they?

Update: we have a winner! Tony scored a perfect bullseye. I'm quoting him here:

‘a’ is the number of iodine atoms that would fill the known universe, if the iodine were at ‘normal’ temperature/pressure.

An added trivia is that the estimated number of atoms in the known universe is approximately 10^80.

The upshot of all this is this: there is not a single atom of Iodine-131 released by Chernobyl in existence today. The last atom decayed in no more than 4 years after the accident.