There has been no further info yet on the status of the exposed workers or the status of the reactors. Only news about the reactors is that both number 1 and number 3 have now switched to fresh water injection into the core and number 2 was supposed to follow promptly. I end todays updates with a few video clips of the explosion in one of the refineries that was hit worst by the earthquake and tsunami. This disaster has struck so many lifes, so many industries and so many towns that it is hard to fathom.

The 2 workes taken to hospital reportedly got a dose to their feet and lower legs between 2-6 Sieverts from beta radiation.  They also got close to 200 mSv from gamma and an unknown internal dose.

They have not shown any signs of acute radiation sickness so far.  But the dose to the legs are very worrying and in the worst case might mean amputation.

If one looks at the JAIF status updates one can see a very encouraging piece of information, they have switched from seawater to fresh water injection into the pressure vessel! That is one significant step in the direction of stabilizing the reactor since seawater injection could never be a permanent solution. They are still not using the internal pumps however. The temperature of the core seems to have been brought under control and the high containment pressure is on a slowly declining trend. We can only keep our hopes up that they will be able to avoid venting the containment.

Preparations are being made to switch from seawater to fresh water for reactor 2 and 3. If it goes as quickly as for number one it should be done within half a day. Work with electrical equipment on going.

We have earlier warned for the possibility that molten material in the core can be lying on the bottom of the vessel and eating its way through, now that seems unlikely considering how low the bottom head temperatures of the vessel are. All of them are below 200 degrees.

Dose rate at main gate around 200 micro sievert per hour. 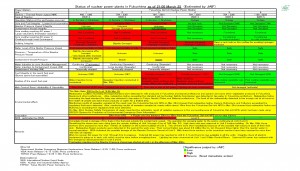 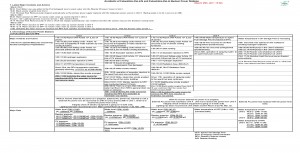 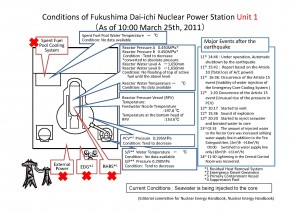 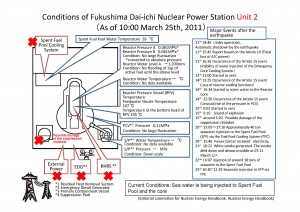 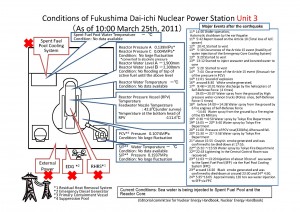 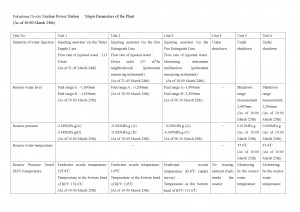 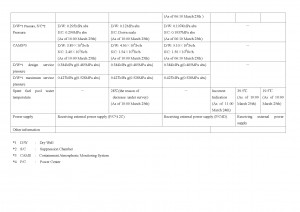 TEPCO is preparing to switch from salt water to fresh water for the core cooling. From NHK:

TEPCO says it intends to switch over from pumping sea water to pumping fresh water into the 3 reactors, as salt in the sea water could cause corrosion and buildup, hampering the smooth flow of water inside the structures.

The company has been pumping seawater as an emergency measure.

The power company also says preparations to switch to fresh water were completed at the No.1 reactor on Friday afternoon.
Operations to pump fresh water into reactors No.2 and No 3 are expected to start later in the day.

Here are the status tables from the JAIF update described below and summary.

Pressure has decreased by about 60-80 kPa in both vessel and containment since yesterday.

Containment damage is again suspected on number 3, otherwise no major changes since yesterday. Let's hope the containment is not damaged! Luckily the reactors in the possibly damaged containments are behaving more stable than the number one reactor (that has a undamaged containment). 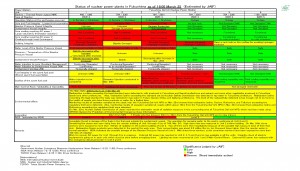 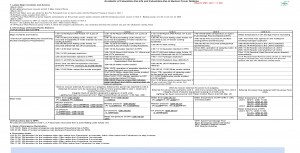 The 16:00 JAIF update for March 25 has been published. Two changes:

...so far seventeen workers have been exposed to more than 100 mSv of radiation.

Keep in mind that this does not say whether or not any of these workers will actually get any cancer, much less die from it. It is safe to assume that just as after Hirosima/Nagasaki, the medical authorities will keep those exposed under very close watch, meaning their chances of getting diagnosed early and thus surviving any cancer will be quite good.

The other change is that the radiation reading at the main gate has gone up again:

The pressure in the #1 containment vessel is moving up and down.  #2 is stable. The #3 pressure is slowly decreasing. With the worries of a leak from #3, this may have more than one explanation, not all of them good.

Nuclear Safety Commission of Japan reported the result of preliminary calculation of exposure dose in the surrounding area of Fukushima Dai-ichi NPS.

The high exposure of three workers in the number three turbine hall suggests that #3 may have a leak after all, says the government's Nuclear and Industrial Safety Agency.

Water supplies continue to show taints of Iodine-131, but the readings fluctuate and it's still hard to make out a general trend. Tokyo is no longer under a recommendation not to drink the tap water, but concerned citizens continue to use bottled water to some extent.

Following the latest findings, the Tokyo officials said it will no longer warn against consumption of tap water in the metropolitan area.

''I believe readings will go up and down. But even if levels exceed standards temporarily, it will be no problem as long as they stay (most of the time) within the range throughout the year,'' Tokyo Gov. Shintaro Ishihara said at a news conference. ''I hope people in Tokyo would act calmly.''

Still, people in the capital area -- located about 220 kilometers from the crippled Fukushima Daiichi nuclear plant -- and elsewhere continued to buy up limited supplies of bottled water from shops and vending machines.

The government has asked that people in the 20-30 km zone around the crippled Fukushima plant to evacuate volontarily out of concern for supplies for daily necessities.

The Japanese government has encouraged people living within 20 to 30 kilometers of the troubled nuclear plant in Fukushima Prefecture to leave voluntarily, with concerns over access to daily necessities rather than resident safety prompting the advice, top government spokesman Yukio Edano said Friday.