Radioactive tourism – A trip to the Ytterby mine 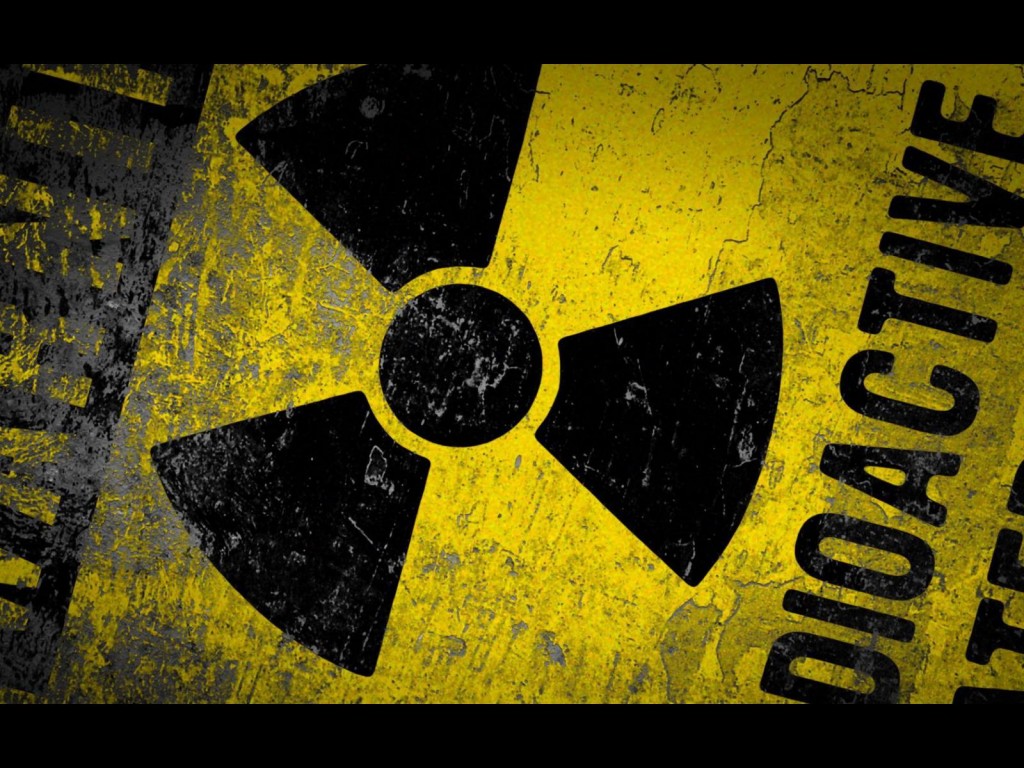 I am taking a online geology course for fun right now, the subject has always interested me and it is quite different from the maths heavy physics I am used to. Sweden has a grand history in geology, mineralogy and chemistry and chief among historic locations must be the mine in Ytterby, a suburb to Stockholm. In 1787 the lieutenant, chemist and amature geologist Carl Axel Arrhenius was sorting through the mine heap at Ytterby and discovered a unusually heavy black rock. Realizing that it must be a undiscovered mineral he sent samples of the rock to several chemists for analysis. The man that did the best job was Johan Gadolin and the mineral was named Gadolinite in his honor. The mineral contains, among other things, the element yttrium and it was the first of the rare earth elements to be discovered. Another 6 new elements where discovered in minerals from Ytterby and no less than 4 is named directly after the location (Yttrium, Terbium, Erbium and Ytterbium along with Skandium, Thulium and Holmium).

I happen to live in Stockholm which means a small field trip to Ytterby is a must and there I went a few weeks ago. Anyone that has been following the rare earth situation in China also knows that where there is rare earths usually one also finds Thorium, properly armed with a dosimeter I was looking forward to some rads! 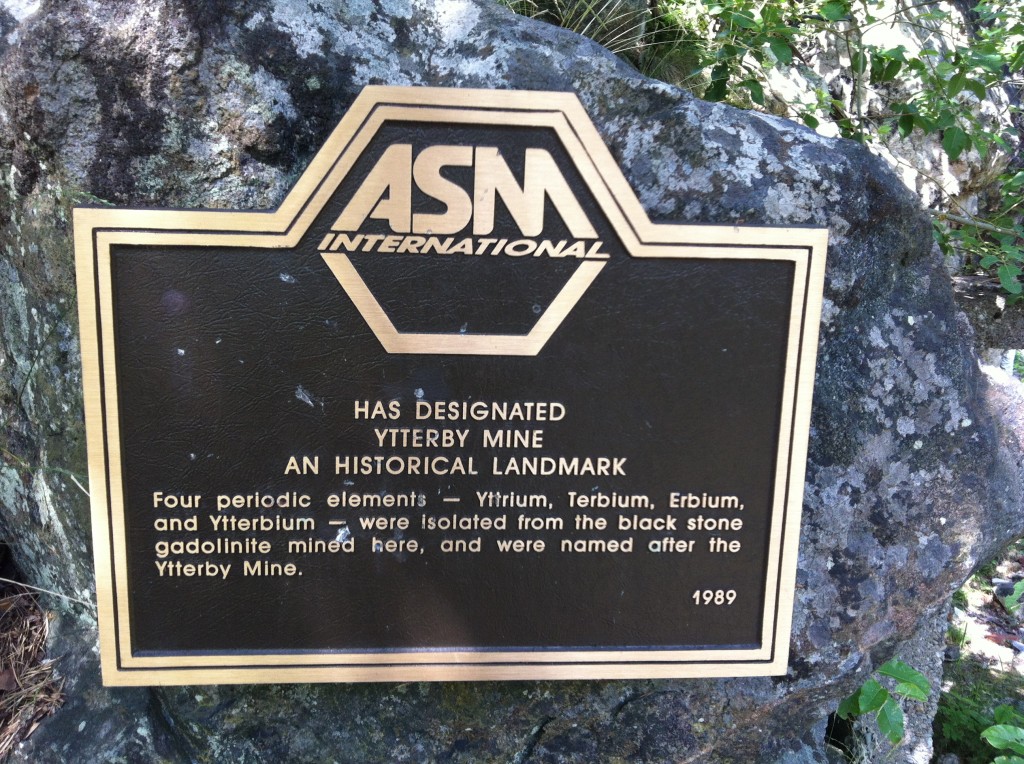 The Ytterby mine is surprisingly small and well hidden, it is a sad statement about Sweden that such a distinguished location has not been made into a tourist destination! In fact if one doesn’t know the exact location it would be very hard to at all know there is a mine around. It is on a small hill right in the middle of a suburban area and it completely lacks any easy to find signs pointing towards it. The mine shaft itself is completely sealed off and what remains to be seen is the topside quarry where a big chunk of the rock has been taken out. With the dosimeter in hand I started dragging over the rock wall and soon found a vein that made the dosimeter go absolutely crazy! 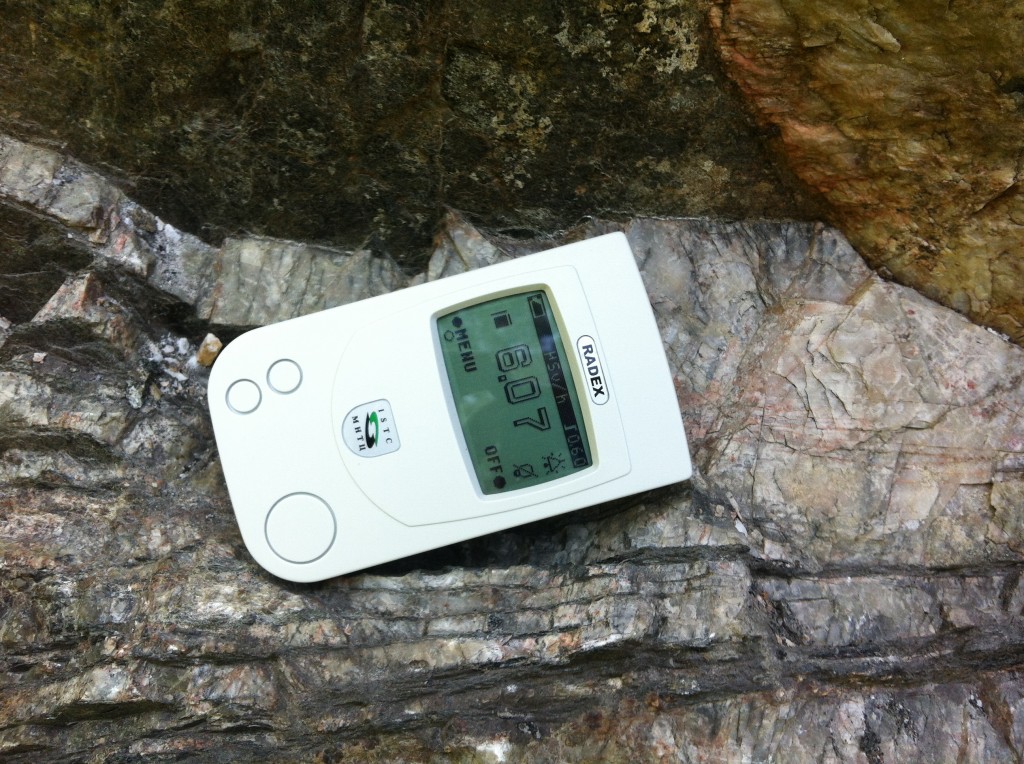 The maximum dose rate I picked up was 7 $$\mu$$Sv/hour (60 mSv/year), the normal dose rate in Stockholm hovers around 0.2 $$\mu$$Sv/hour (roughly 2 mSv/year). As a comparison I was inside the containment of the Ringhals 3 reactor a few weeks before and there I got about 2 $$\mu$$Sv in an hour.  The evacuated zone around Fukushima also has a dose rate of roughly 2 $$\mu$$Sv per hour. It is kind of ironic that to get into the containment of a reactor or into the evacuated zone around Fukushima one has to do medical check ups, wear protective clothes and googles and do everything to minimize dose. All the while this nice vein, right in the middle of a suburb of Stockholm, gives a dose rate 3 times higher and there isn’t even a sign around to clue anyone in on it!

I am not implying that visiting Yttery is dangerous or that one should seal of the mine and have radiation protection officers around doing whole body scans on tourists, I just think it gives a nice perspective on the “high” dosages around Fukushima. Radioactivity has always been around us, it is to be respected but not to be feared. If most people knew what a range of dose rates that exist naturally I doubt they would get scared by the numbers they hear in the media. A trip to the black sand beaches of Brazil gives as much dose as a trip to Fukushima and millions live in areas of India where dose rates are not all that different from what they are in the Ytterby mine. Despite that I never hear the environmental movement angrily demand that the black beaches are closed and Kerala in India evacuated. 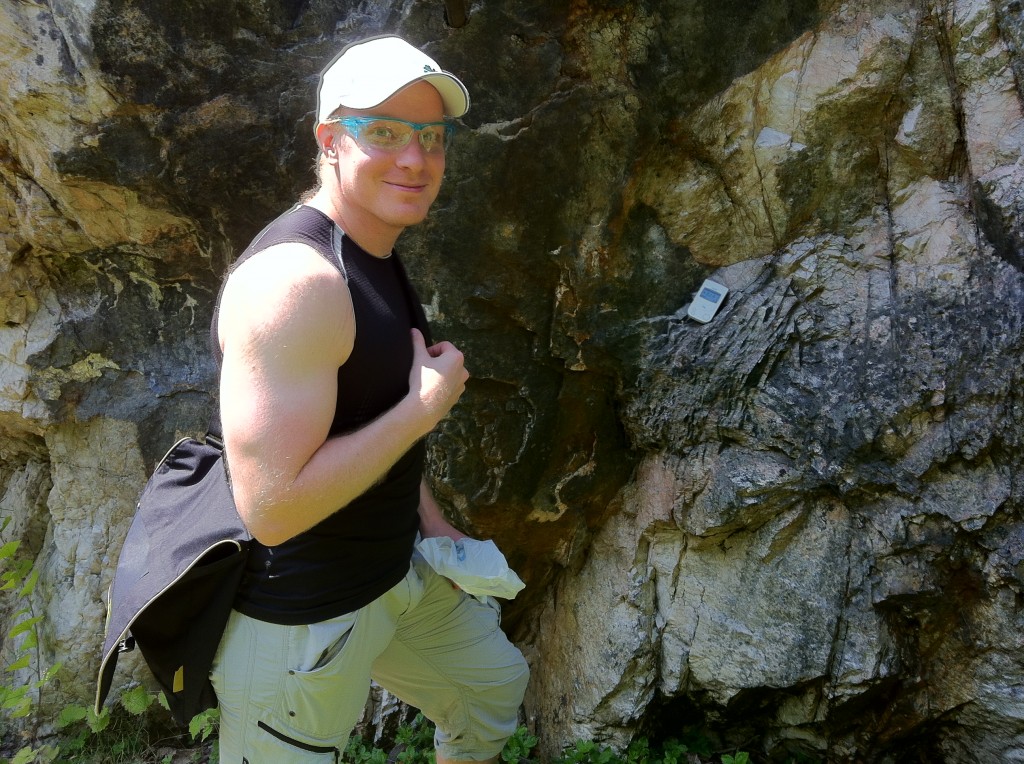