Published by Michael on February 5, 2009

Just this morning: the Swedish government four alliance parties have agreed to work for lifting the ban on building nuclear reactors in Sweden (in Swedish). The ban was introduced in 1980, and was part of the world wide decline in building new rectors for much of the 80’s and 90’s. But now, it may be lifted even before the next Swedish government election in 2010.

The year 2010 incidently was supposed to the year we would not have any more nuclear power in Sweden. Now instead it looks like it’ll be the year for nuclear rebirth, and will continue to hold Sweden as one of the most environment friendly nations on this planet, with record low energy generation emissions per capita. 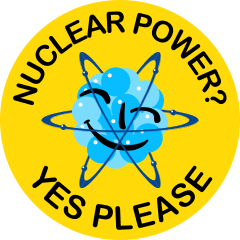