Up and running again

After fearing the blog was irreparably broken, it turned out that a little TLC was all it needed, and — my oh my — how WordPress has evolved since we last put anything on it.

Do you have any suggestions? Send us a message on Twitter, or email. 🙂

Interview and Q & A with Robert Stone vs Greenpeace

On November 25, 2013, there was a screening in Stockholm of  Robert Stone’s pro-nuclear film “Pandora’s Promise“, co-arranged by the department of Reactor Physics at the Royal Institute of Technology, Analysgruppen, and Swedish Society for Nuclear Technology (SKS). There are a few clips from the accompanying interview with Stone, a panel debate and Q&A from the audience. The panel debate is in Swedish, the rest in English.

Here is – what I find – an amusing attempt by Isadora Wronski, the anti-nuclear campaign leader for Greenpeace Nordic, trying to upstage Stone. The result? Well… see for yourselves.

The rest of the videos are available at SKS’s YouTube page.

Hello all…. we have added a few new graphics to the download page. All new languages are Spanish, Portuguese, Swiss-German and Finnish. Also on the French page we have added a new version with a slightly more entusiastic message: Energie Nucleáire? J’en Veux.  (Nuclear power? I want it!) 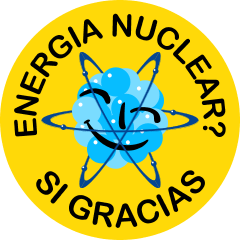 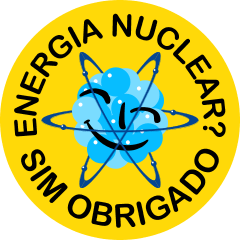 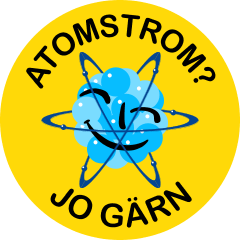 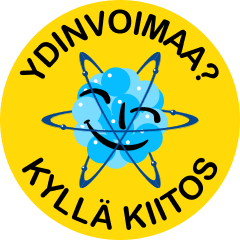 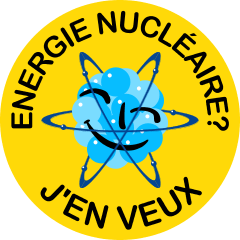 Vattenfall AB submitted an application to the Swedish Radiation Safety Authority today concerning replacement of up to two of the company’s existing nuclear power reactors.  According to Vattenfall, this step facilitates an analysis of the preconditions for a possible future investment in new reactors.

Late 1930’s-1940s’s: Jewish-born Lise Meitner flees Austria after Nazi-germany annexes it. Ends up at the Royal Institute of Technology (KTH) in Stockholm. There she is made member of an advisory group that soon after the war recommends that Sweden develop nuclear power.

1960’s: R2 and R2-0 – pool-type reactors – are built in Studsvik. R3 – a heavy water moderated reactor that delivers electricity and distric heating – is taken into operation in Farsta, a suburb of Stockholm. R4 however – a combined heavy water boiler and plutonium breeder design – fails miserably as it becomes obvious that swapping out fuel during normal operation of a boiler reactor is grossly impractical. The reactor is never built and a oil fired boiler is put in its place to drive the built turbines and generator. The nuclear weapons program is put on hold and eventually scrapped. Private netures begin projecting light water reactors instead.

1970’s: The Swedish Center Party – wishing to adopt an “environmental profile” – meet with Nobel prize laureate -Hannes Alfvén and are made to believe that Plutonium contamination will be inevitable is nuclear power is used. They begin campaigning against nuclear power. The first privately owned commersial reactors into operation from 1971 and onwards. The nuclear debate rages hotter and more intense towards the end of the decade, even causing the fall of one govenment cabinet. The Three Mile Island accident makes all politicla parties to agree on a referendum.

1980: The referendum is held… but the choices the people get to vote for are three “lines” of action, all of them meaning the abandoning of nuclear power in Sweden. “Line 2” wins, meaning that “nuclear power will discontinued when suitable replacements are in operation and provided that work and well-being are not compromised”. The Swedish parliament puts into law that no new power reactors will be built, and that in the year 2010 all nuclear power shall be closed in Sweden.

1986: As a result of the Chernobyl accident, Sweden receives large amounts of contamination. The so-called “Thought-ban” – which makes planning, designing or even calculating the cost of a new power reactor in Sweden punishable by fines or jail up to two years – is put into effect the following year.

1997: A bi-partisan agreement is made between the then government and the Center party. The government is given legal power to order the closure of any of Sweden’s twelve power reactors without going through parliament. Also the end date of 2010 is lifted.

1999 and 2005: Using the powers mentioned above, the two nuclear reactors at Barsebäck nuclear power plant are shut down permanently.

2006: The “Thought-ban” is lifted after 20 years as it is concluded that all development of nuclear technology in Sweden has ceased… including safety improvements.

2009-2010: The “Alliance for Sweden” coalition government reaches an agreement that the ban on nuclear power in Sweden shall be lifted.

2011: The Fukushima accident sparks an intense flurry of debate… which then oddly enough dies out completely after about six months and doesn’t come back until the end of the year.

For our dutch friends the Smiling Atom logo is now available in nederlands/dutch. 🙂

Head on over to our downloads page for more.