TEPCO has released a video that shows work being done at the Fukushima plant. Very interesting to watch.

One gets a real sense for the devastation the tsunami inflicted while watching that clip.

TEPCO also recently released this PDF file that gives an overview of work being done. I will add some pictures from it: 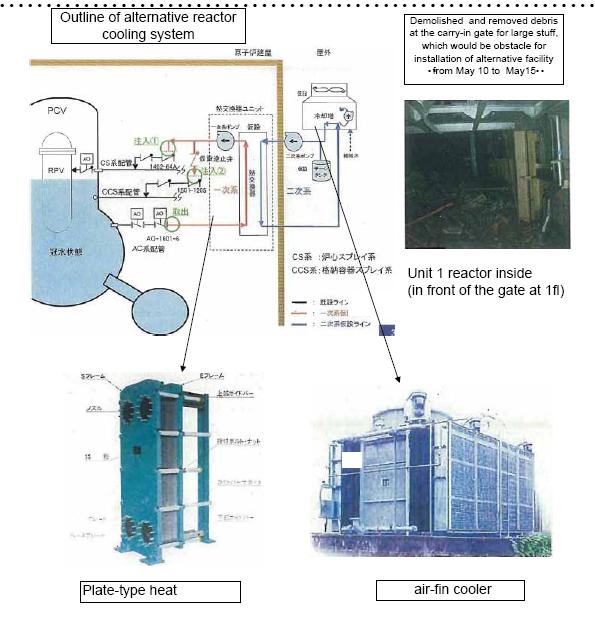 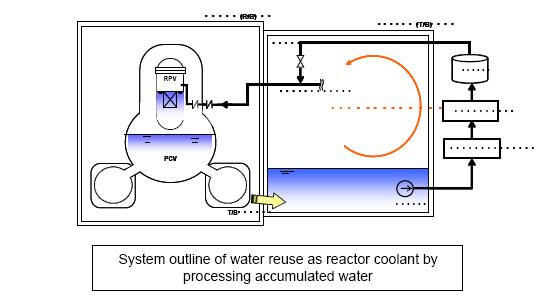 Tepco also shows the above picture on how they plan to reuse leaking water from the containment as cooling for the reactor. It is not clear how the two plans are connected to each other. I would assume the second plan is the one that is going to be used instead of the first plan. Instead of taking water directly out of the containment they will use the existing leakage paths, purify the water and pump it back into the reactor. 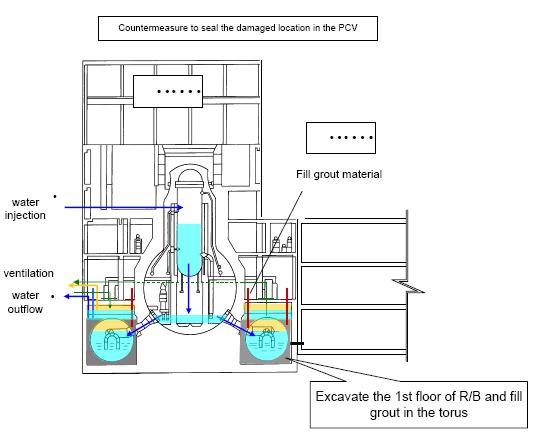 Both in unit 2 and 3 are they planning to reuse the leaking water in the same manner as in unit 1.

In the rest of the document they give some basic information on how they plan to clean the massive amounts of contaminated water that exists on the site, some details on the protective building they want to build around the reactors and how to prevent more contamination of soil, water etc. Well worth scrolling through, massive work is certainly ongoing at the site and it seems TEPCO has a solid plan that they are implementing.  Of course more surprises will without a doubt pop up during work, but it looks promising. We are still waiting for more in depth information on the situation of the number 2 and 3 reactors.

Last reply was May 22, 2011
Nuclear Power? Yes Please is a place for friends of nuclear power to network and exchange useful information about happenings, knowledge and research in the nuclear world. Here you can also download the Smiling Atom.