Joseph Mangano never stops, and he never gets it right

Joseph Mangano has once again puffed too hard on the alarmist pipe, now with a new article in the August 15 edition of the political newsletter Counterpunch. We recognize the pattern from before: First spread a bit of scaremongering disguised as research in some fringe media. You mix the alarmistic message with some caution in order to cover your back in case somebody will put you to task, knowing that the alarmistic part will advertise itself, be inflated and spread through the internet and possibly some news media. Then some time later you publish an extended study with a similar message in a scientific journal with low quality threshold. 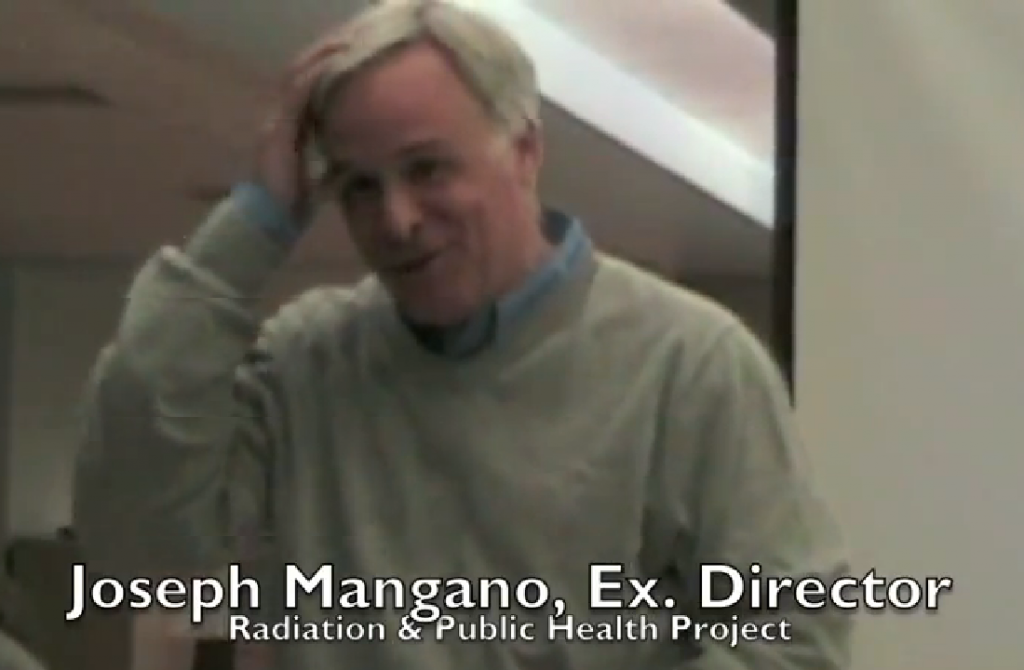 Joseph Mangano seems happily surprised that people once again are falling for his junk science.

This time the title of the Counterpunch article starts with the rather cynical Let the Counting Begin followed by Fukushima’s Nuclear Casualties. It is just a calculation exercise for Joe, and it could have been an interesting one if it weren’t for the fact that:

In the article Mangano makes a number of statements, based on his data mining in the health statistics data base of the Japanese Ministry of Health, Labour and Welfare (MHLW). A more detailed attempt to scrutinize his claims is available in the NPYP Deep Repository for junk science. Here is a summary of his statements, with comments (in red) about their validity:

So what can we expect after this? Most likely an article a couple of months from now, and it is very likely that it will be published in the International Journal of Health Services (IJHS). For some reason Mangano seems to have a free pass to publish his so called research there, no matter the quality of it. Why would an academic journal repeatedly publish his nonsense if they want to claim competence on the subject?

When IJHS in December 2011 published the article by Sherman and Mangano in which they wanted us to believe that 14,000 people died in the U.S. due to Fukushima it was met by criticism from many directions (see links in this post). Barbara Feder Ostrov of Reporting on Health wrote about it, and received a response from the IJHS editor-in-chief, Vicente Navarro, who used some quite arrogant phrases, for instance “There are certain norms that should be respected in academic circles.” He commented on the quality check of the article in the following way

the paper was reviewed by 2 outstanding scholars in the subject being discussed. We trust our referees’ judgment.

Considering that the scientific subject of IJHS is different aspects of health policy in different countries, often with a political touch, the works by Joseph Mangano are somewhat outside of the main field. Health effects from radioactivity is definitely out of their field, no matter that the journal has a category named “The Nuclear Industry and Health”. It is a typical alarmist trait to publish articles in journals that are not specialized in the particular subject that the article deals with. But maybe we should trust Vicente Navarro in this case, did he appoint referees with the proper scientific background?

The identity of referees should be kept secret, but it is not far-fetched to assume that one of the “outstanding scholars” is the renowned Samuel Epstein, who, besides receiving the 1998 Right Livelyhood Award is a member of the IJHS editorial board. We do not know if he was involved as referee for the last paper, but he has admitted to having been referee for earlier works by Mangano, here is an extract from an article in New York Times (11 November 2003):

Samuel Epstein, chairman of the Cancer Prevention Coalition and a professor of environmental and occupational medicine at the University of Illinois, has reviewed some of Mr. Mangano’s papers for journals. He called the group’s research ”good, careful work.”

”While they were somewhat overexuberant in their initial stuff,” Dr. Epstein said, ”they’ve calmed down and I think they are producing solid scientific work that stands critical peer review.”

Ok, considering Samuel Epsteins long standing research in causes for cancer and epidemiology he may be a trustworthy referee. However, a check of his biography and publication list reveals no scientific work related to radioactivity, and it is a mystery why a renowned epidemiologist would buy into the faulty statistics of Mangano. Unless, of course, they are buddies. And in fact they are. Epstein and Janette Sherman know each other at least since the early 1990’s through their involvement in the Cancer Prevention Coalition (examples where Sherman endorses the writings of Epstein, from 1992 here and 1996 here). It is not clear when Mangano and Epstein started to rub shoulders, but here are a few examples on articles where it is clear that all three of them have common interests and co-author articles together:

As seen, also Vicente Navarro was a co-author of a work together with Epstein and Sherman. Furthermore, Navarro writes articles in Counterpunch (for instance here and here), it’s a small, small world…

It is of course very convenient for Sherman and Mangano to publish articles in journals where two of the editors are people you collaborate with. On the other hand this is something that can happen in any scientific field, even among top quality researchers. Many research fields are not large enough to allow referees and article authors to be completely independent of each other, that is one reason why it is important to keep the identity of the referees secret in order to promote scientific integrity before loyalty with your peers. But it is rare to see such pseudoscience systematically being accepted in quality journals, since 1994 Mangano has had 8 articles accepted in IJHS, plus a few freebies to respond when somebody has the audacity to question his findings.

No matter who were called as referees for the article, it is clear that they were not selected for their competence in relevant scientific fields (or at least have some basic knowledge of statistics) but rather for sharing similar opinions about nuclear power and fear about radioactivity. A competent referee with some self esteem would never accept that the first reference of the article is the Counterpunch article that started the whole nonsense. The contents in that article were cut to pieces on this blog, in Scientific American and elsewhere (see the links in our blog post). A referee who does not think twice about that is either lacking the relevant competence or has no scientific integrity. Obviously those traits were not important when Navarro selected the referees. In my opinion this reduces the credibility of Navarro and his journal to close to nothing, and Navarro’s attempt to lecture Barbara Feder Ostrov with his “There are certain norms that should be respected in academic circles” falls back onto himself. Not that he will get the joke, do not become surprised if he happily lets Mangano’s next paper through for another round of alarmism dressed in a scientific coat. The rest of us can just wait for it to happen, though meanwhile we can speculate about how many Japanese that Mangano will have “killed” in the next article.

What is Mangano’s driving force?

Does Joseph Mangano believe in Joseph Mangano? As with his predecessor Ernest Sternglass most of his research (and credibility) has been pulverized again and again (here are some examples from NEI Nuclear Notes), and considering all the (valid, very valid) criticism that he received after the cherry-picking exercise last year it is very difficult to understand why he goes on in the same manner (see for instance the first 5 minutes of this talk from March 2012). Why doesn’t he shape up and try to get the junk out of his science? And just like with characters like Helen Caldicott and Chris Busby it is difficult to know for sure if they really are convinced of what they are saying (out of ignorance, political or personal devotion, the Dunning-Kruger effect, or some other kind of megalomania) or if there are other reasons for why they keep playing this game. Money for instance?

The Radiation and Public Health Project, Inc. (RPHP) is registered as a public non-profit educational organization, and information about its revenues and expenses are publically available, for instance here. Those people within the organization who receives salary from it are also listed. Below is a compilation of the revenues for RPHP with Mangano’s salary included, and how many percent of the total revenues that goes to his salary.

Considering the purpose of the organization it may seem remarkable that such a large fraction goes to Mangano’s salary. The rest is for costs of equipment, web site, other administrative posts, and 10-20% for research. The latter may sound strange, shouldn’t most of the money go to research? Here one should keep in mind that money for research is mainly spent on salaries for the researchers, they need to eat and have a place to sleep just like other people. But the development over time is clear, now Mangano more or less is RPHP, and he can live rather well on the annual salary from donations and other fund raising that enters the RPHP account. Add to that the possibility that he might receive money from speeches, books and the occasional role as expert witness in court cases. He may not be very rich, but considering that his research is more or less worthless it is probably very amusing for him to see that he can make a decent living out of scaring people.

RPHP may be a non-profit organization, but no matter if Joseph Mangano believes in what he is doing or not, it certainly seems to be profitable for him.