As the pace of events is winding down in Fukushima so are our updates.

JAIF and NISA updated data below in the table, click the links to see the time graphs from the FNPP1 blog:

Temperatures, pressures etc look quite stable. Pumping of water form the tunnel connected to the number 2 turbine building is marginally successful. Spraying of a resin to bind down radioactive material to the ground, and prevent it from stirring up into the air, is ongoing all over the plant area. TEPCO has managed to get a camera in to investigate the number 4 spent fuel pool and world nuclear news report that the damage is limited, below is a picture from WNN of the pool. Atomic Power Review writes that NISA has doubts about TEPCO’s plans to flood the containments. The doubt is regarding the structural integrity of the containments with the added strain from such a huge amount of water. Flooding the containment is a part of TEPCO’s plan to restore recirculation cooling to the reactor so it will be crucial to see how TEPCO responds to NISA and if they can show the containments can handle it. If they can not show it conclusively, then they will have to devise a new plan on how to restore cooling. In my last post I was questioning why they would want to flood the containments in the first place, but then realized that if the reactor vessels are broken and leaking, then the only way to submerge the fuel completely is to raise the level of water in the containment to the same level as the top of the fuel assemblies within the reactor vessel. I don’t see why this would be needed for the number one reactor, since it seems like it is holding pressure very well and must be pretty intact. But might be the only way for the number 2 and 3 reactors.

Over at The neutron economy one can read a blog post on the expected first yearly dose relased by the US department of energy, below is a map of it. 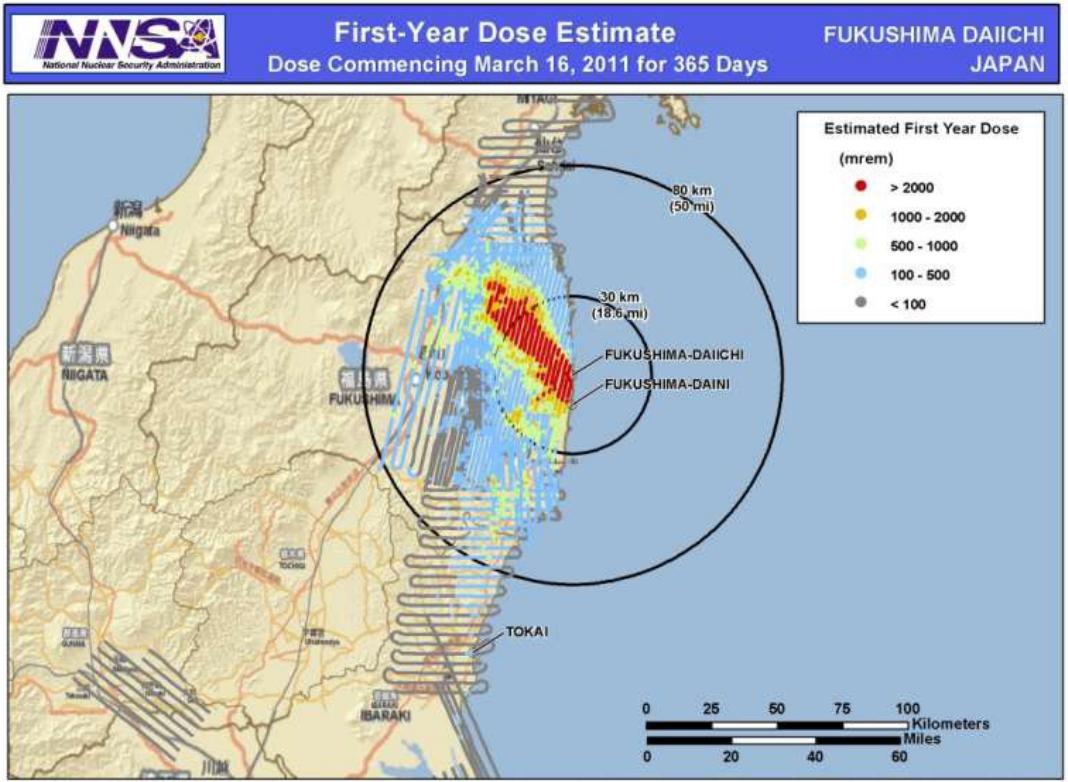 The dose rate is based on the following assumptions:

The map is using the common american unit millirem. One millirem is equal to 0.01 millisievert. The red area marks the area where one would get more than 20 mSv/year if one lives there given the above assumptions.  Yellow area is 10-20 mSv, green area is 5-10 mSv and blue area 1-5 mSv. Neutron Economy also shows a picture with more detail of the over 20 mSv area that can be found in this link. Close to the plant it will be up to 200 mSv and in some hot areas 100 mSv. Some of the hot areas are outside of the initial 20 km evacuation zone and that explain the new evacuation areas. It is not immiedietly dangerous to be in those areas but one probably does not want to live there. It will be interesting to hear what plans will be made to clear out the areas. Outside of Fukushima dose rates are down to natural backgrounds levels according to IAEA. Seems like bans on shipping of most kind of food products have been lifted.

More information about exposed workers have been released, so far it looks like this: 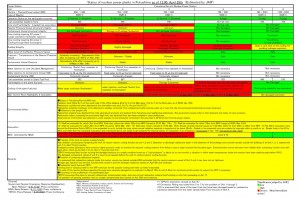 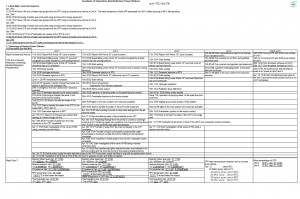 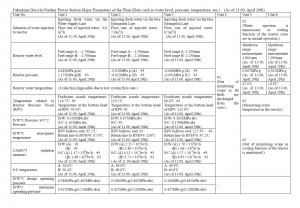 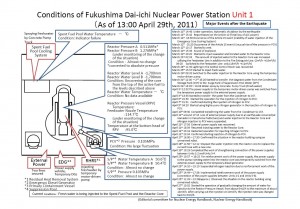 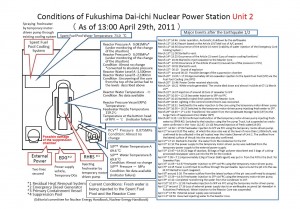 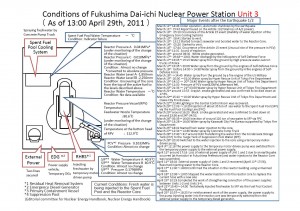 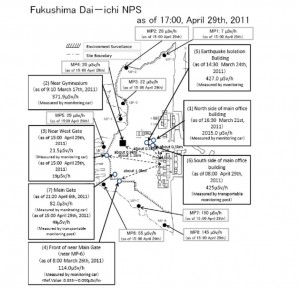