The spent fuel pool at Fukushima #4

A former DOE assistant secretary for renewable energy, Robert Alvarez, has lately been spreading a lot of fearmongering about the stability of the spent fuel pool in reactor 4 at Fukushima. From the start of the accident a lot of question marks regarding the pool has been floating around, including the statement from the NRC chairman Jaczko that the pool might have run dry. Later is was however shown that the pool was never in any danger, it was never damaged in the earthquake and tsunami and it never ran dry. TEPCO released footage from the pool itself and its clear that it is intact and full of water.

The new rumors spread by Alvarez is that the spent fuel pools are in danger of collapsing and that somehow the entire cesium content of the spent fuel would spread uncontrollably, rather silly considering that not even the Chernobyl accident managed to spread more than 20-40% of the cesium inventory of the reactor despite exploding and burning in open air for days. No amount of zirconium fire can approach that.

Akio Matsumura has picked up on the issue and added some “spice” to it.

Many of our readers might find it difficult to appreciate the actual meaning of the figure, yet we can grasp what 85 times more Cesium-137 than the Chernobyl would mean. It would destroy the world environment and our civilization. This is not rocket science, nor does it connect to the pugilistic debate over nuclear power plants. This is an issue of human survival.

Chernobyl, as bad as it was, will likely not cause more than a couple of thousand extra fatal cases of cancer and so far no increase in cancer rates, except thyroid cancer, has been seen. Even if one where to assume that somehow magically all the Cesium would be released from all the pools, and assume it causes consequences 85 times as bad as Chernobyl, its still hard to see how it would be the “end of our civilization”. If one assumes 85 times as many people where to die then the accident would be about half as bad as the Banqiao hydropower disaster, China still exists as a nation! The Chernobyl exclusion zone  is now a thriving wilderness and that makes it hard to understand how it would “destroy the world environment”. Chernobyl was in no way pleasant, but 85 times Chernobyl isn’t the end of the world. Amusingly Matsumura also quotes this from Alvarez:

The total spent reactor fuel inventory at the Fukushima-Daichi site contains nearly half of  the total amount of Cs-137 estimated by the NCRP to have been released by all atmospheric nuclear weapons testing, Chernobyl, and world-wide reprocessing plants (~270 million curies or ~9.9 E+18 Becquerel).

Well uhmmmm, civilization didn’t end and the world environment didn’t collapse due to that, so why would half again as much make the world kick the bucket? No this isn’t rocket science Mr Matsumura, but it seems you fail to grasp it anyway. 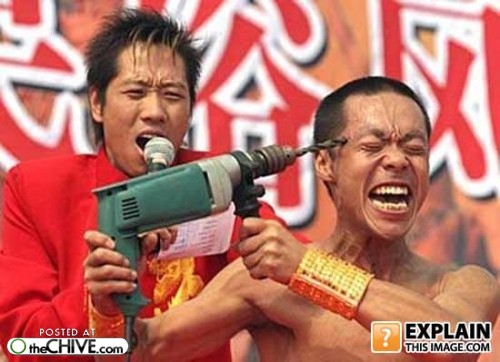 TEPCOs reply to the issues is a strong statement that the pool is in good health and that it could handle another earthquake of the same magnitude. Further the pool has been reinforced to the extend that it is even stronger now than before the accident.

The upper part of the Reactor Building of Unit 4 was damaged due to a hydrogen explosion. We confirmed the items below and affirm that the building, including its spent fuel pool will not collapse should another earthquake occur.

Rod Adams mentions on his blog Atomic Insights that a detailed technical response to Alvarez claims are in the works and it will be very interesting to read it. The #4 spent fuel pool has obviously turned into a disappointment for the anti nuclear crowd since it never ran dry, it never released any activity and it seems to be holding up very well, so they continue to make up more and more fantastic scenarios on how it will fail.

More about the whole thing can be read on Idaho Samizdat and at Atomic Power Review.